It’s all about appearances; the writing life has its demands. These include, explaining at parties what you’re working on when you yourself are clueless. You explain how you’re cranking out a few thousands words each and every morning and that you’re sure that once each word has been organized, catalogued, edited, and rewritten, the story disguised within will rise. Like a fucking phoenix.

Maybe you have a blog. Or 9 blogs. Few read them, but you have them anyway and you tweet your posts but let’s face it, you don’t want anyone you know in the real world to know what you’re doing online so you only sometimes tweet and maybe that’s under a pseudonym; ahem, that’s nom du plume to you. You need to be institutionalized.

You have to look like someone who is up to the business of wordification. How you dress defines how you write. That’s just common sense and is as important to the process as which pen nib you use, which typewriter you pound upon, whether you write on legal or A4, on a PC or a tablet, and whether you write in coffee shops or perched upon an I-beam at a construction site, which really gets the blood flowing.

At some point, you’re going to realize you haven’t done whatever grooming you still bother to do, so you shave. And you need a haircut, so you go to get a haircut. Then you’re in the chair with that thing they drape on you to keep the hair crumbs out of your clothes when you realize, crap, maybe your hair is the source of your writing powers and you should never let your hair be cut again. Lest you never write again, and the people, starved of your words, whither and perish…intellectually, that is. Otherwise they’re fine.

The point is, writing power springs from uncut hair, and that’s your tip of the day. Don’t believe me? Don’t cut your hair for two years and see your productivity soar. If I’m wrong, go ahead, get a haircut. Take the money you saved on haircuts and treat yourself to a night out or a Maserati. You deserve it. 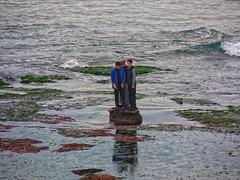 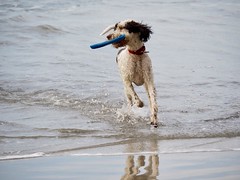