Note: for best results, listen to Elmer Bernstein’s The Great Escape while reading this document.

A letter from my old acquaintance Petrovsky arrived just the other day. Until two years ago, I hadn’t seen P since the old days and thought P had disappeared from the face of the earth. But recently P’d resurfaced and we’ve met periodically at highway service stops halfway between our towns for the last two years. We mostly talk about old times but I suspect he wants to enlist my help in solving Ptarmigan’s Riddle. When P’s letter arrived. I wanted to post the actual letter, handwritten in the old style, however, it disintegrated shortly after I read it. Luckily, I have a photographic memory…

My Dear DS,
With the holidays coming up, I wanted to let you know that traditionally, I don’t give presents, however I expect that you’ll want to give me something. Which is very thoughtful of you. Please do not spend more than $800 because that’s too much, unless you feel as if you must. Since you and I have never exchanged holiday gifts in the 40 years we’ve known each other, and assuming that starting from our time at The Delinquency School, you probably would have spent $10, and that over the course of four decades, that amount might have crept up to, say, $35 per annum, then $800 seems reasonable (which is crazy because no on in their right mind would spend $800), however, you’ve had that money available to earn interest, to invest, or to blow on Betamax tapes, so the $800 not spent over the years on a trinket for me would be worth many thousands by now. Knowing you and your market savvy, you bought Apple in 1976, and that’s worth a fortune, so why would you gripe about $800? I would not be at all hurt if you needed to save up and you put off your holiday present til next year, but it will likely run you closer to $835. It’s up to you. Again, I do not give presents. Everyone knows that, so please don’t expect anything in return.

By the way, I have big birthday coming up next year and you’re way behind on birthday presents, too. No need to sweat that now…we’ll cross that bridge when we come to it. I do give birthday presents – birthdays are important and meaningful – but I never remember birthdays, so you probably won’t get one from me.

One thought on “Petrovsky resurfaces” 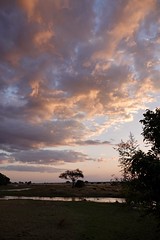 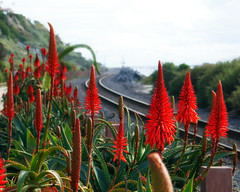