Real history: in the 1920s, the IRT, one of the subway companies operating in Manhattan, proposed an east-west Canal Street Line (CSL). Though the CSL spent many years in the preliminary phase, blueprints, endless city council meetings, budget discussions, announcements, pronouncements,  and denouncements, ultimately it never was built. The plans, blueprints, and proposals all were safely catalogued into the city’s extensive archive.

Left to itself, the basement on Canal Street functioned perfectly. The interior of Susannah Fontaine-Williams’ extra-dimensional bag stabilized itself. The ladies who ran the Excellent Bag House, the knock-off store upstairs, though they heard stray sounds from below, stayed away from the door SFW had long ago padlocked.  Understandably, the basement spooked them. Walt’s other projects, aside from Vax, the lone conscious nano-bot, remained in the state in which Walt had left them prior to his caninization.

As for Walt the big black dog, he had grown content in his role of protector of the Susannahs. Most of the time, that meant lounging on the sunny terrace, barking at odd sounds, and accompanying her on her rounds. In this particular moment, one Susannah was airborne. The other called, “Walt, let’s go for a run!”

On a subterranean shelf in Chinatown, Vax, self-appointed Lord of the Nanobots, discovered the sensation of loneliness. Without water, he would be forever alone and helpless, and he pondered  shutting down. Who wouldn’t?

On the adjoining block to the north, the empty building abutting the Excellent Bag House, absorbed the first tug of a wrecking claw, sending bricks, wood and glass crashing onto and through its floors. Vax felt the vibration, but lacking any context, could not so much as wonder what it was all about.

The company operating the wrecking claw used a set of blueprints provided by the city showing the location of buried electric lines, water mains, and most importantly, gas mains. However, a computer error mistakenly delivered the plans showing the location of where all of that infrastructure would be if the Canal Street Subway had  been built. As it was, of course, no subway line traverses Manhattan beneath Canal St.

Walt, with no real regard or understanding of how real estate boundaries worked below the surface of the earth, had built the lab and the bag pod well beyond the boundaries of the building above, and a significant part of it extended beneath the building facing demolition. With each yank of the wrecking claw, a little more weight of the building crashed onto the area above the pod. A single  brick nicked a gas line and natural gas began to leak and fill Walt’s vacant lab.

35,000 miles above the North Sea, Susannah Fontaine-Williams slept, clutching her bag while the strange woman in the seat next to her watched. 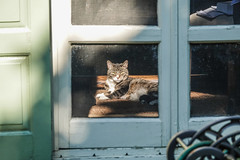 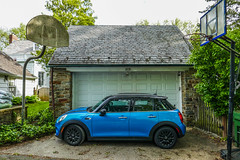